PreviousNext and our Continuous Integration (build system) have been on a journey for the past 3 years. We are now onto our 3rd generation and would like to share with you some of the concepts and technologies behind it.

If you would like to read about version 2 before jumping into this please read my previous blog:

So let's set the scene, our build system has been a huge success for us and is a key component of our workflow, but we have started to hit growing pains, these include:

We also want to move to a CI with the following goals:

So let's talk about the new architecture and how we solve these problems.

As I mentioned above, if a change had to be made in a projects' build process Sys Ops would have to make the change in the backend, this was done via a YAML file which Puppet consumed and used to update the Jenkins host configuration.

Here is an example:

Quite alot of YAML for one build right? However, the bigger concern is that the infrastructure (pull_request field) and the projects workflow (steps field) are all in the same file. What we really want is:

We have now settled on a .pnxci.yaml file which lives in the root directory of each project, enabling PreviousNext staff to make changes as required.

There are some added bonuses from this file as well. This file holds the answers to the standard project question everyone asks when they join a project:

With that in mind, it's great that we have moved this information into the project, but how does this get used for a build.

So I know what you are thinking at this point. Travis CI uses a build file in the root of the project as well, why not use it instead? The main reason is we want to keep our builds around after they have finished and expose them via a URL so changes can be tested before going into mainline.

Back to the story...

In alignment with our "Small components" goal we decided to decouple our build process from our Jenkins which now means:

We also had the goal to support multiple backends:

What we ended up with was a tool written in Golang which ran through the following stages:

We aim to keep this infrastructure as simple as possible so we can maximize on the workflows which occur inside the instances.

After much consideration we chose to run AWS Elastic Container Service as our build backend of choice.

ECS is a simple yet very powerful service and can be broken down into 4 areas.

The reasons we chose AWS ECS:

We also wrote some other components along the way. 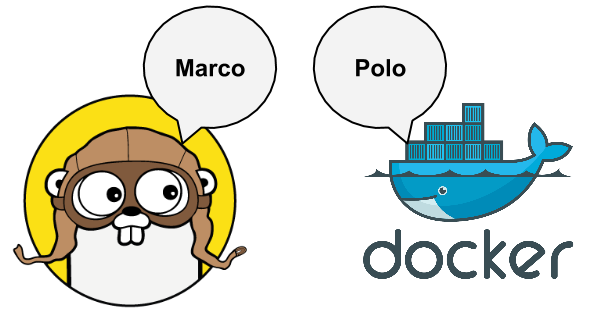 We originally created Nginx configuration files per build but realized that it is hard to keep track of them and clean up once a build is ready to be deleted.

To clean this up we now use a Golang Load Balancer called Marco. It's job is to take traffic, query an API and proxy through to the correct build environment.

Here is an example of the type of URL this component will service:

A simple project to clean up environments once a Github Pull Request is closed.

Our new architecture can be summed up in the following diagram. 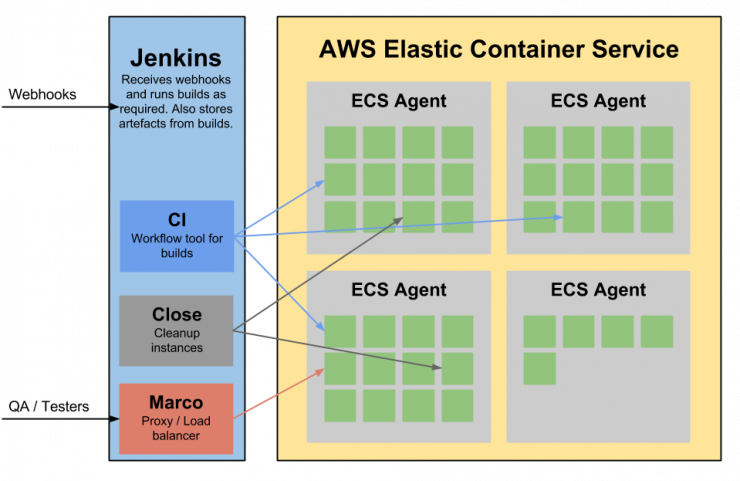 I believe we have now successfully fulfilled the goals that we set out to do in the intro as well as split out our build system into manageable pieces which are easy to iterate against.

How do I run Drush commands on ECS cluster?
I want also to run the "drush deploy" script once after deploying the new docker drupal image to ECS cluster.