BCC wanted to move from their legacy Oracle Web CMS platform onto Drupal as quickly as possible, as well as implement a complete redesign of their site. As part of the user experience strategy, BCC were keen to make search and social media more prominent on their site and use these streams to leverage content and encourage interaction with their audience. 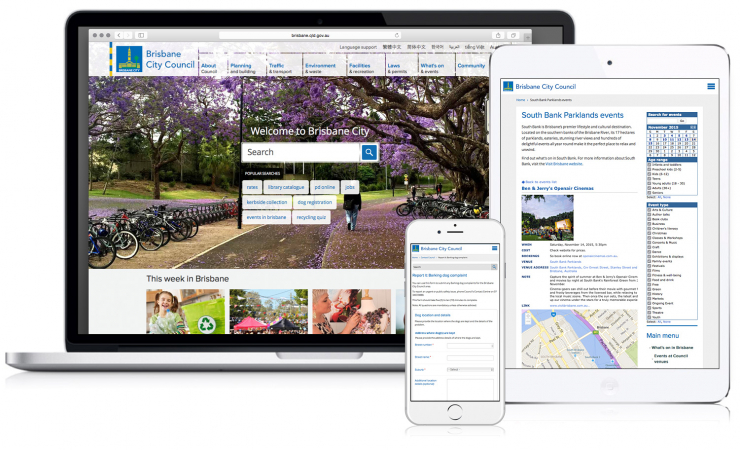 Once the new site was live, the redesign work could commence. Taking a collaborative approach to the design process, Brisbane City Council engaged a number of different design agencies to contribute concepts and pulled components from each to produce a master design they were happy to implement. In conjunction with this redesign, PreviousNext also provided the strategic integration of social media, the new homepage a demonstration of the site’s enhanced functionality by using Stackla to create feeds from BCC’s own social media channels on YouTube, Facebook, Twitter, Pinterest and Instagram.

The Brisbane City Council website initially relaunched on Drupal in early April 2014, with the redesign going live in July. The engagement between BCC and PreviousNext continues in the form of ongoing support and enhancements, with future phases of work to be carried out in time.