Drupal gets big in the Australian Government

Join us for the second annual DrupalGov conference in Canberra to see why Drupal is now the preferred CMS for government.

Following on from the sold-out innaugural conference in 2013, DrupalGov Canberra 2014 promises to further cement Drupal's reputation as the preferred content management system for Australian Government websites. With almost half of Australian Government departments now running Drupal, and hundreds more sites now live within various agencies, Drupal has transformed the way government websites are built and managed.

We're looking forward to the keynote speech by the Australian Government CTO, John Sheridan, and his insights into the decision to choose Drupal for the upcoming GovCMS platform.

Held at the National Museum of Australia on Friday August 22, PreviousNext will be attending as both a Platinum sponsor and with seven members of our team as selected speakers. We'll also be holding a full day of free aGov Drupal training for DrupalGov attendees on Thursday August 21, followed by opening night drinks at Bentspoke Brewery from 5:30 pm onwards.

More info and registration details are available on the DrupalGov Canberra 2014 website.

As part of our preparation for the conference, we did a tally of the government departments, agencies and funded bodies that we've provided Drupal consulting, design, development, training and support over the years. Turns out there's been a few! 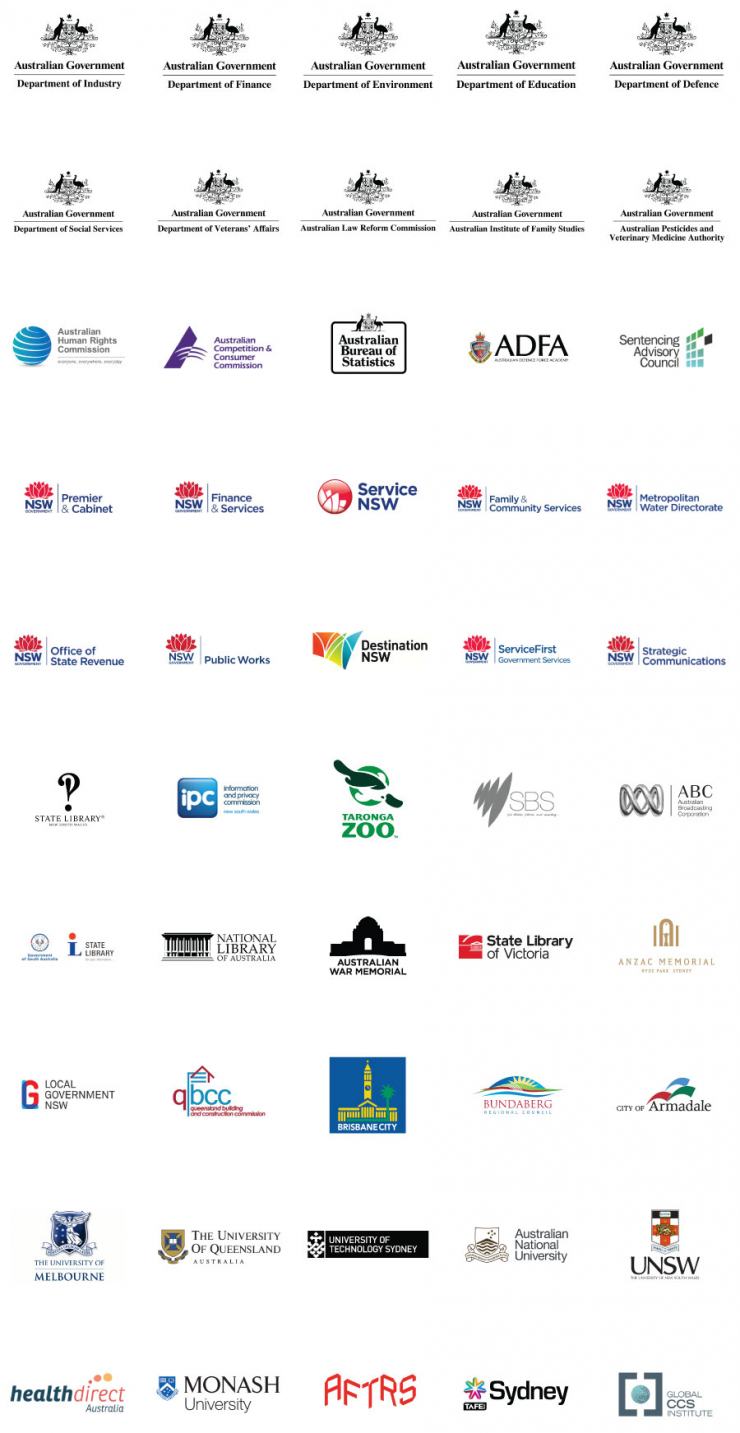